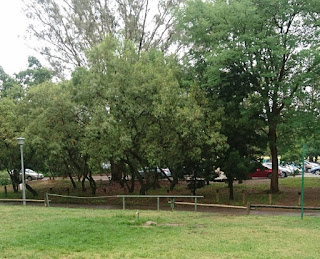 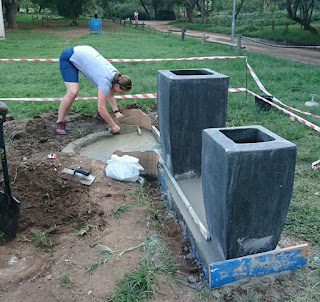 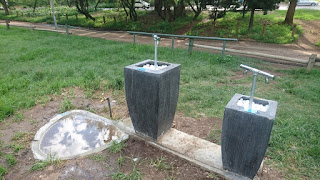 Jeanne and Grant Mortimer offered to  do a makeover at the
tap near the bathrooms. A huge improvement! 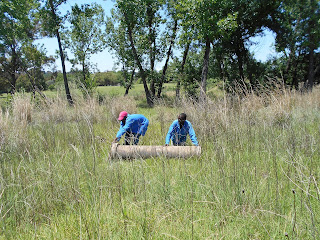 The small bridge  in the lane by the school was blocked—it needed a bigger pipe.
There was one in the bush, so Wilson and Shepherd rolled it to the site. 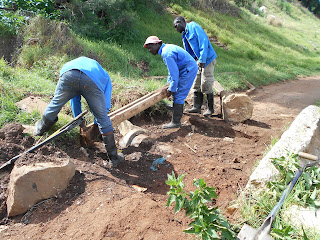 The small pipes were removed , the big one put in its place 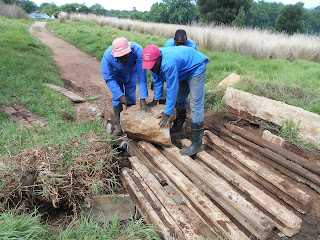 Stones were placed at the sides to strengthen it. 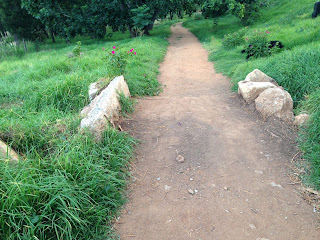 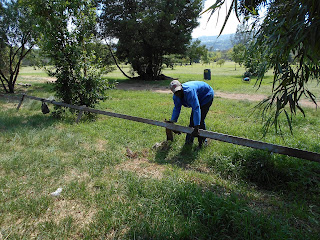 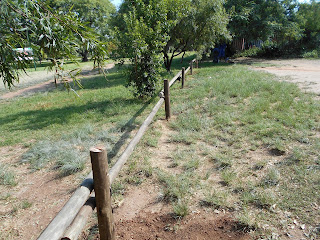 New corral fencing  on the East side 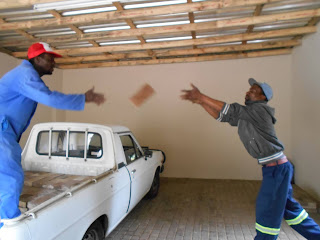 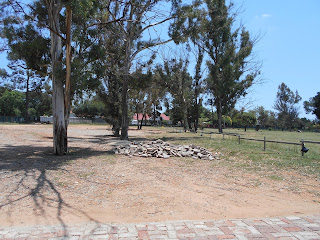 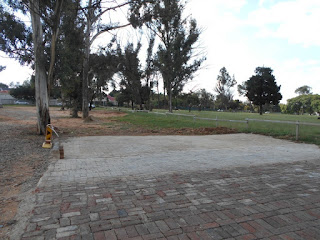 We were given more two more lots of paving bricks so now the parking  is paved to the big gum tree.

Looks a bit like mosaic but it does the job. 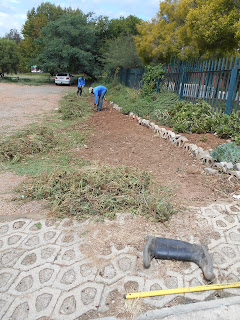 The gardens being weeded 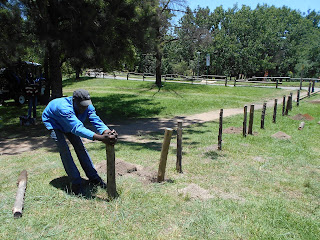 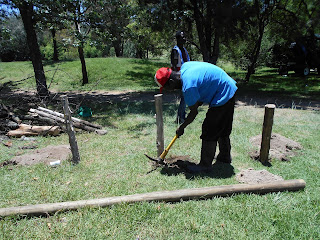 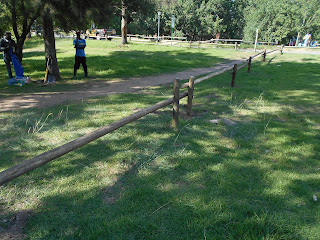 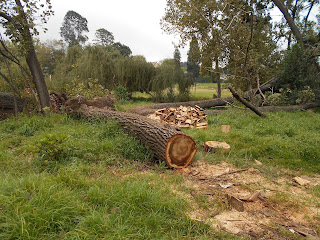 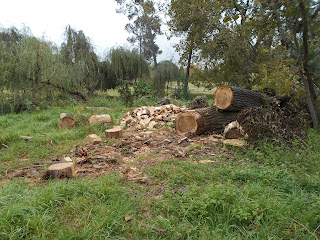 At last the big poplar  that fell down about a year ago,
is being  cut up  and removed by Manuel for firewood 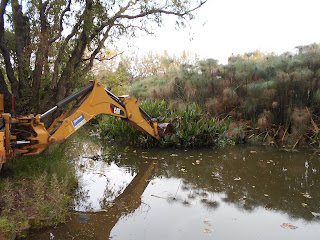 John Barrow kindly loaned Delta  Park a TLB for 4 days
I had it for 1 day and Jozi trails had it for 3 days. 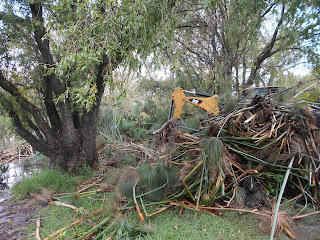 Moses removed the floating island of papyrus and the tall blue plants. 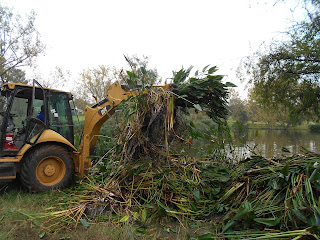 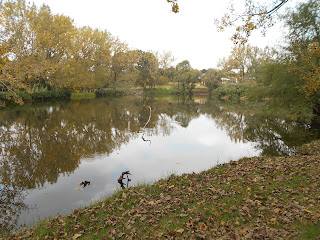 - now the dam is beautifully clear.