We had been given 4000 paving bricks,
BCA kindly paid for them to be delivered
and for the sand. 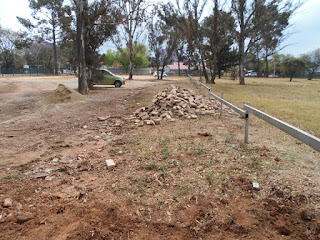 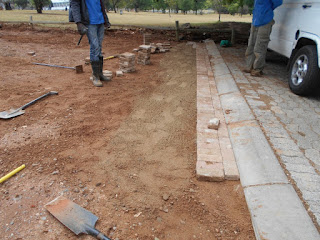 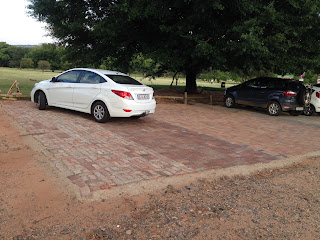 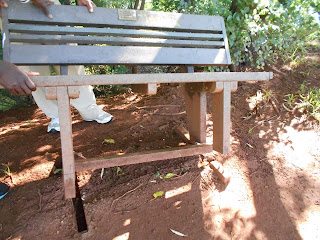 Wilson and Shepherd re-seated it in lots of cement! 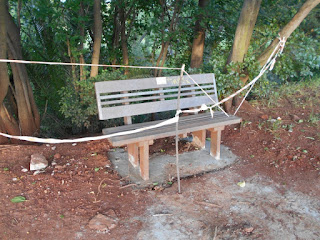 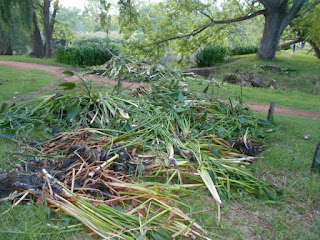 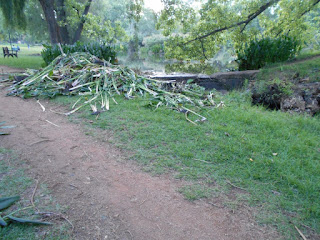 The workers cleared it in a morning 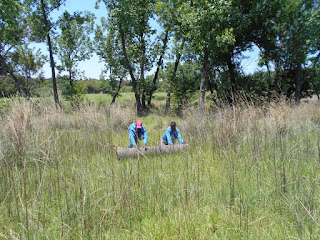 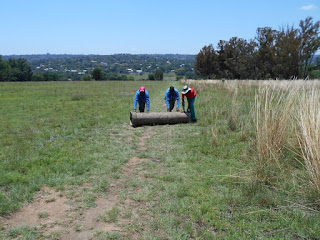 It took muscle power to get it up the hill 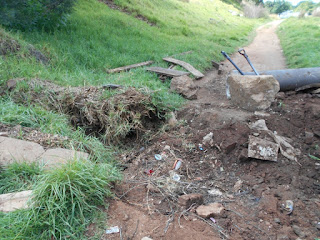 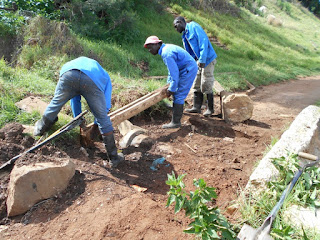 The big one was lowered in... 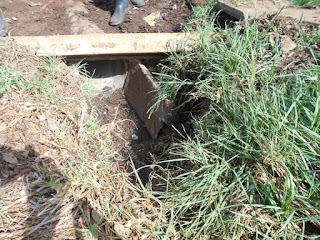 ... and cement walling was put on top 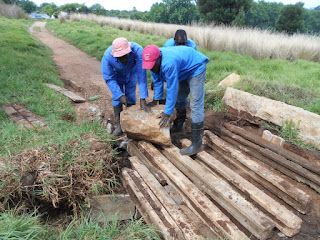 Heavy stones were placed  at the sides, so no
big vehicles can get through and damage the bridge 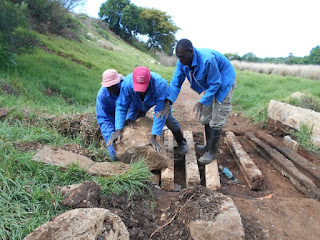 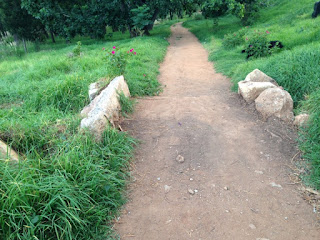 The bridge has worked well despite the last two storms

At the small parking opposite the playground...

City Parks had given us the poles to do corral fencing ....
but we had to cut them and drill the holes.
Peter Hammond supervised this. 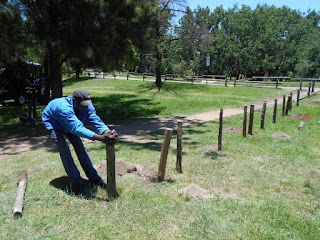 Shepherd getting the single poles out and digging new holes 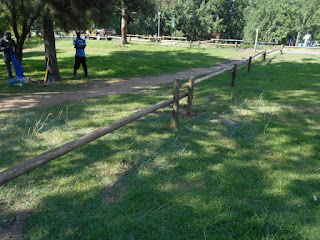 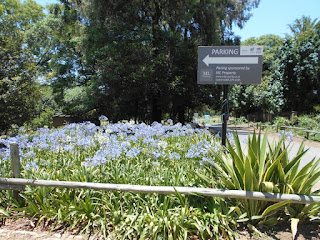