September 2018-- dams, rivers and others 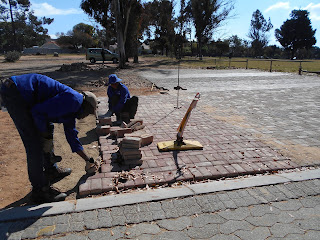 Another section of paving being finished. 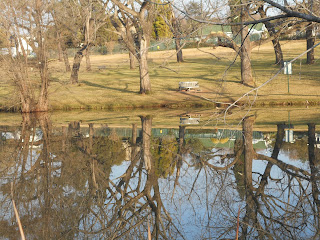 Papyrus on the move! 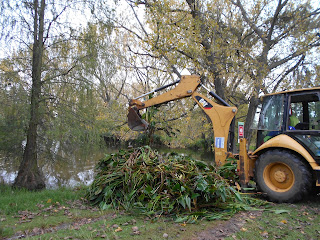 First it was removed from the dam and put out
to dry on the adjacent field. 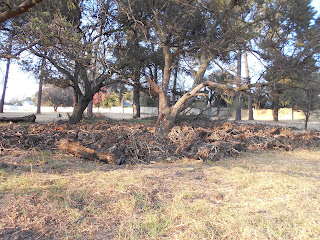 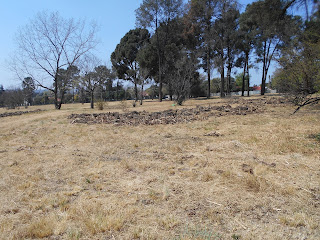 Then John who has cleared that
area wasn't happy, so off it went to the
Leighton Drive field to become compost 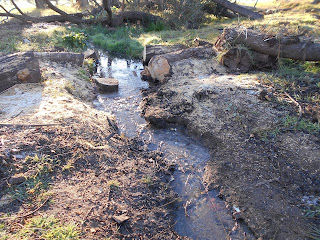 Both sides of the bridges needed clearing 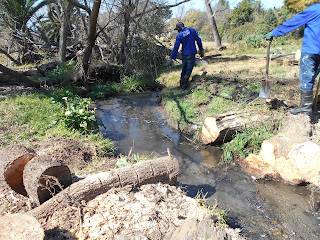 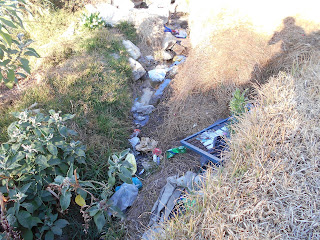 The sluit close to Bantam Drive was full of rubbish so
we had to spent a day there, cleaning it up.

Top dam below the  spillway 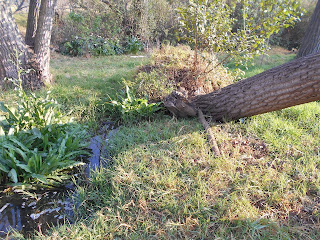 A tree had come down blocking the stream 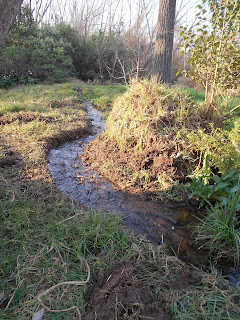 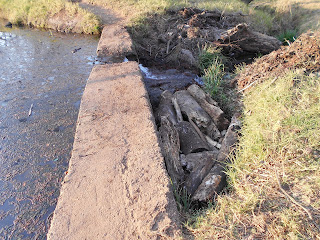 At the spillway was a deep, boggy and potentially dangerous hole,
so the men filled it with logs, not pretty but functional 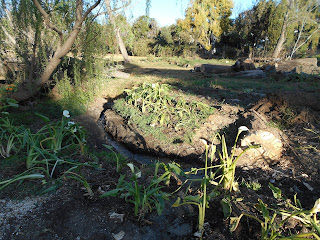 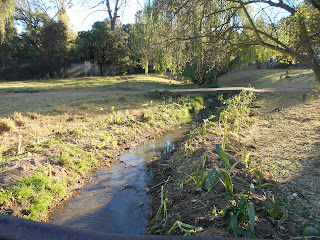 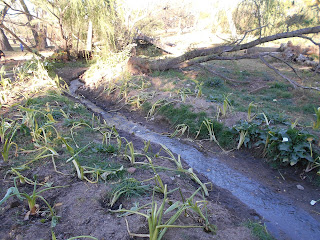 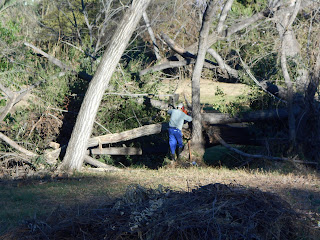 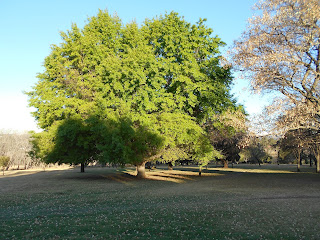 The first tree to be fully clothed in fresh greenery!