The Standard drive/ Pitcairn Rd parking
was eroded, rocky and the underneath of cars
was being scraped. 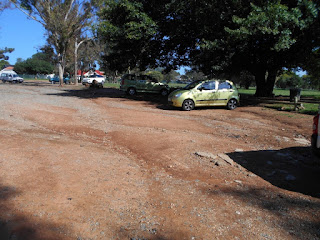 Blairgowrie Primary School offered me
a huge amount of interlocking paving bricks
A very kind contractor offered to donate
half of the costs and to organise the
laying of the paving .
The sub contractor came in and work began.

Donations came in from BCA, CRA and all the users of the park 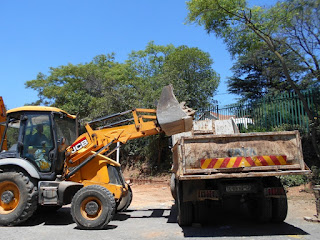 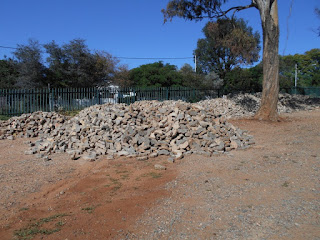 and brought across the road to the parking
area - what a huge pile! 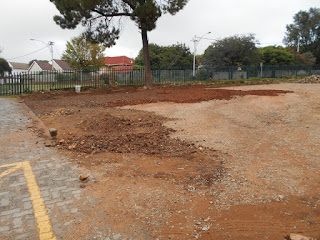 The team started digging and levelling the ground 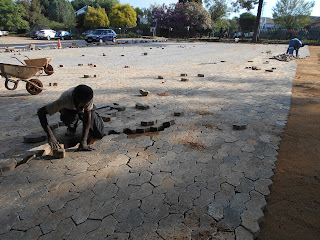 The paving bricks went down so quickly 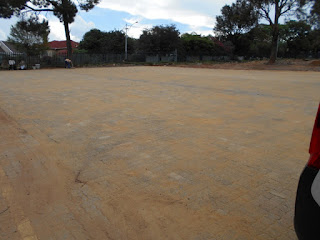 and before Christmas it was done .
What a wonderful way to end the year!
Thank you to everyone involved 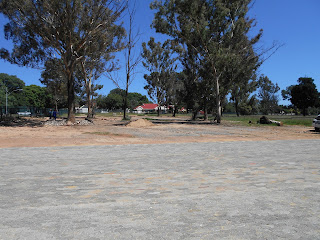 John Barrow offered me the use of a TLB to clear and
level the other part of the parking area. 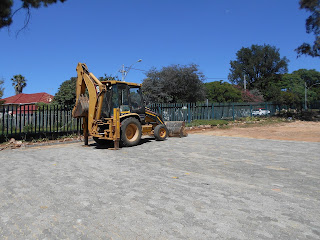 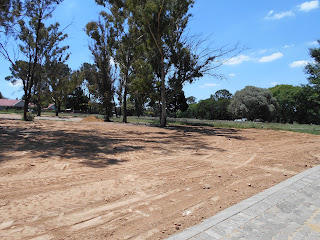 In a few hours it was all done. 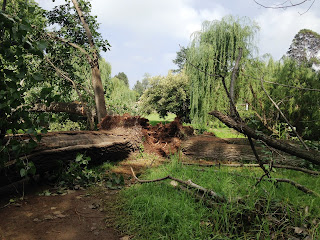 This huge poplar tree split down the centre and damaged  a
few walls and electric fences of  houses on the park's perimeter
City Park  cleared those branches and
Parkrun cut a path through the branches.