October 2011: Filling the trench and opening the stormwater pipe

At the beginning of October we were still battling to find rubble to fill the trench. Soon after that, we received loads from many different people.Once it had been dumped, our workers used wheelbarrows to move it along the trench. 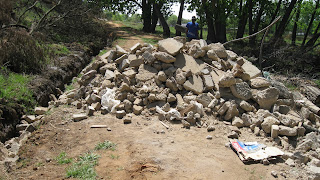 It took an amazing amount of rubble but eventually it was finished.
Our pipes were still draining so the "industrial drain" was working well. 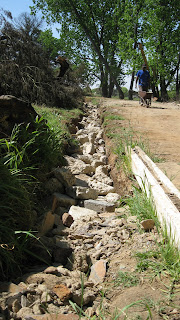 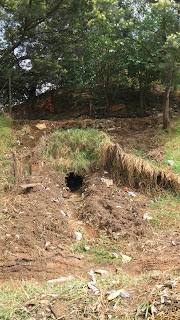 We then realized we had opened an old storm water drainage system.Runoff from Standard Drive flowed under the school in the bricked tunnel and out through this pipe. 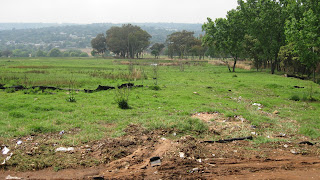 Out came many years of rubbish which we removed... 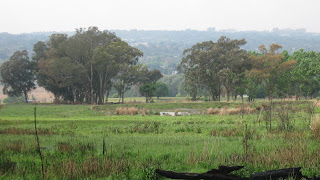 And voila -- a new shallow dam!
The old wall needed repairing, so that has been done too.
Now all we need is more rain to keep it full!
Posted by Shirley at Sunday, November 20, 2011