The bridge at top dam was destroyed after a huge storm. Logs floating in the dam were swept over the wall and crashed into the bridge 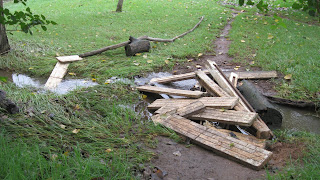 The workers set to cleaning up the mess 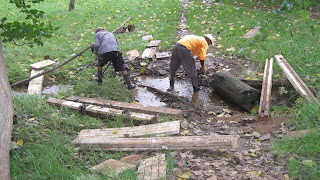 A few hours later a smaller but serviceable bridge was in place. 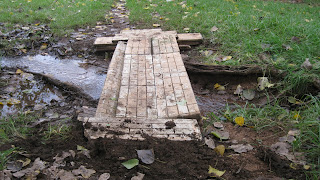 These plants were hanging over the spillway 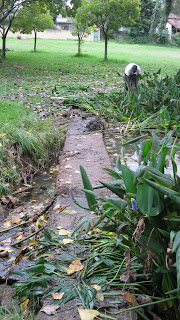 And a short time later it had all been cleaned up 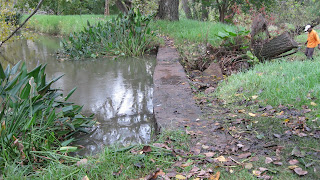 We moved along the wall to the unruly bamboo 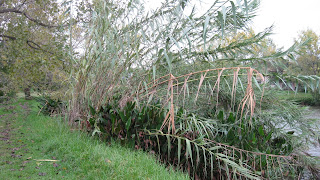 And that too was removed 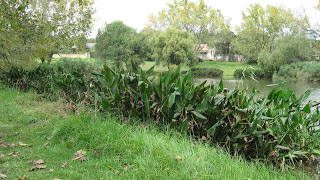 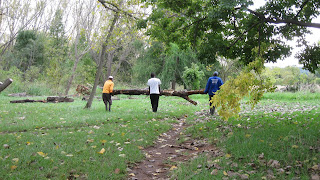 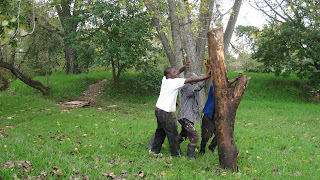 But the guys never complained 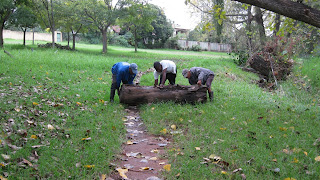 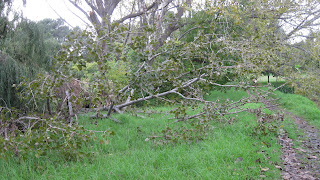 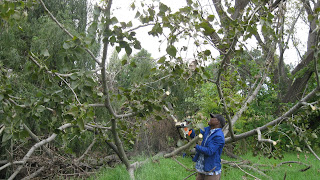 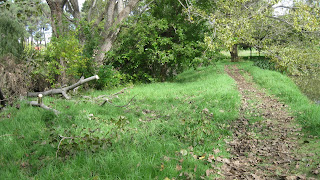 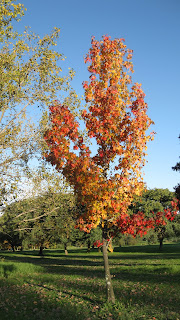 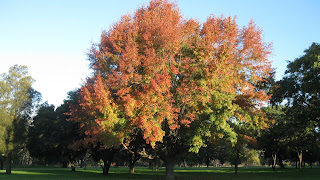 Enjoy the Park, it's looking lovely at the moment with it's autumn finery!
Posted by Shirley at Monday, April 25, 2011