The stormwater drains had been blocked for about 20 years, so when it rained, the whole area became a muddy pool 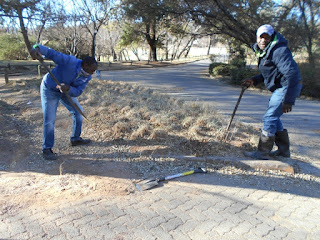 We started by removing a jutting out piece of the island,
so the rainwater could run around and into the drain 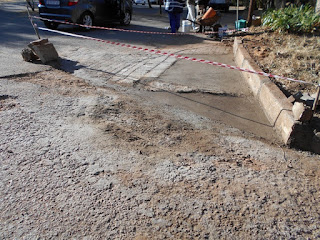 Paved and cemented- more kerbstones
along the flower bed.
Starting on drain Nr. One 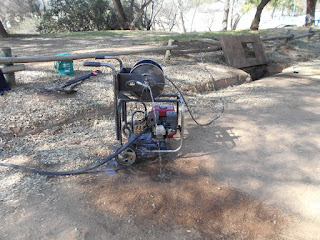 Now for the clearing of the drains,
Lid up, and the pressure water machine. 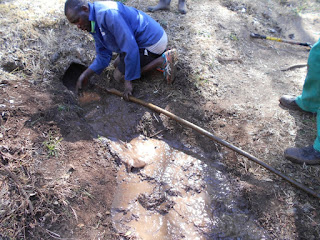 Wilson got the hose through in one day--
water came out twenty metres away
success-- so far! 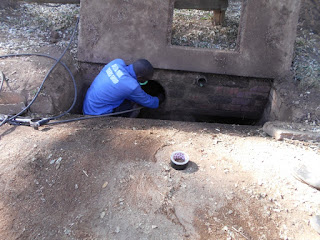 Mmmm -- having cleared the bottom drain --
here was another ??
With Number One done we went to the far end to start
Enter and Dansley looking for the manhole, which was well buried! 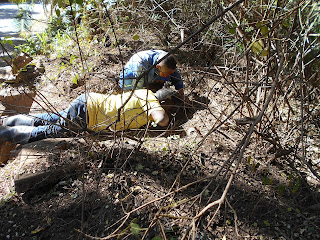 It took a while to remove all the built-up sand.
I was amazed at how good the brickwork was  eighty years
after it was done and the metal rungs still firm in the wall 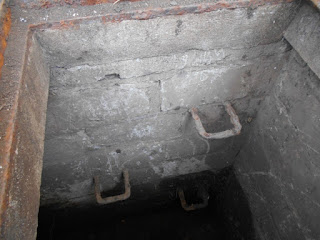 We did the same with Drain Number Two 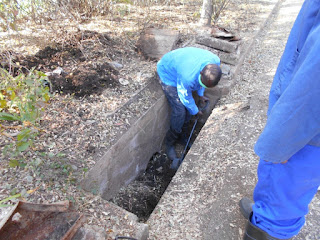 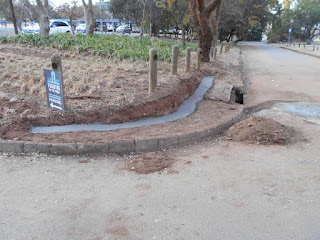 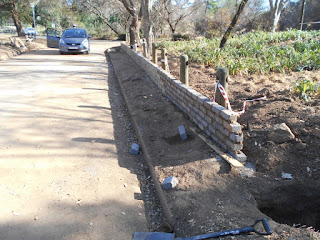 The wall is done! 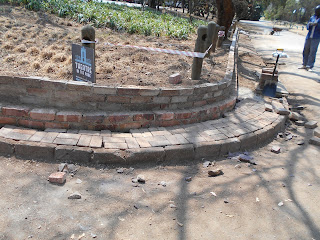 A builder suggested we strengthen the wall by
adding two more rows of bricks at the base --
all done! The small area is paved 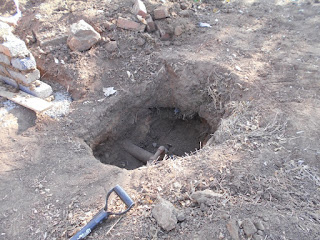 We noticed a depression at the end of the wall, so investigated. Buried under forty cms of sand, was the main water tap for the outside bathrooms.  Cleared and bricked now -- a piece of walling will go on top to keep it clean and for easy access.