Road No 3,  fencing, cutting, burning,
gate, poles and new  dustbins and other things. 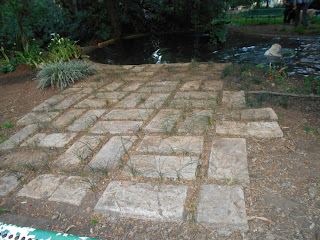 One man's rubbish is another man's treasure! 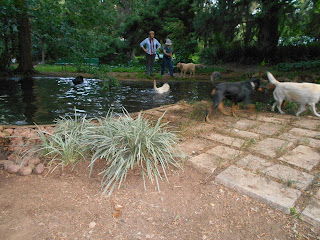 Back at the entrance to Rd No 3 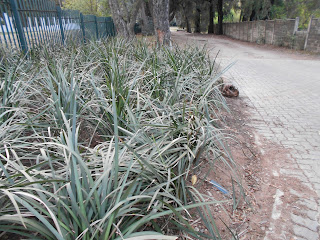 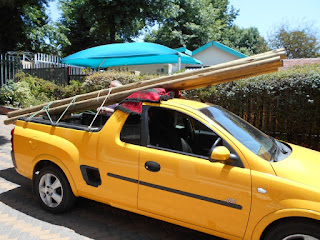 Poles in transit for Road No 3 entrance 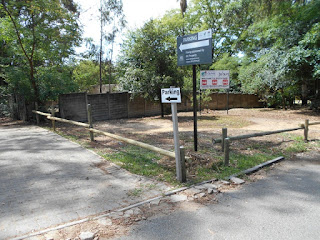 The corner next to the paving is now fenced,
We used existing poles but needed to buy more. 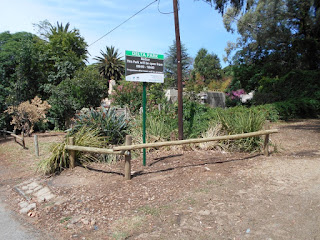 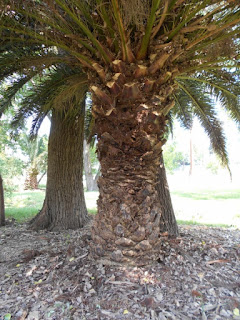 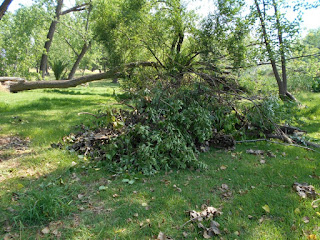 and tidied up other trees 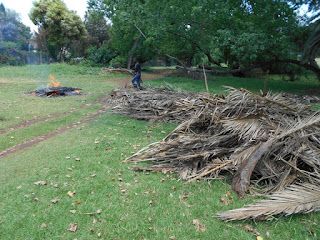 The next day  a helper and I burnt all the fronds 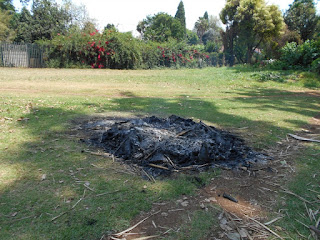 And four hours later all that was left.was ash
which was put into a hole - all gone and tidy. 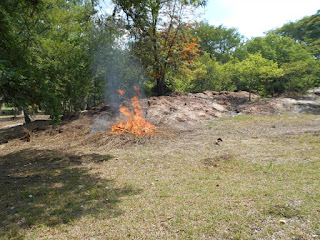 At the Environmental Center area.... 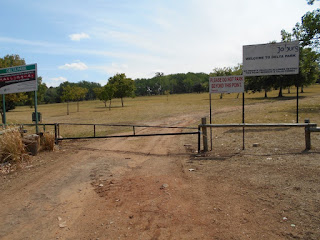 BCA sponsored the new swing gate we made
to replace the chain.
and we made a gap in the fence for the cyclists 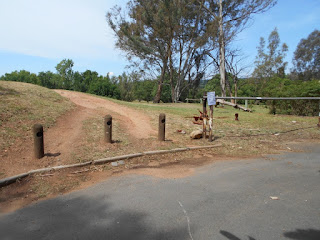 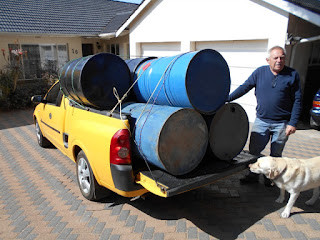 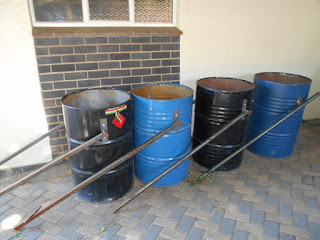 The first four completed ready to be installed 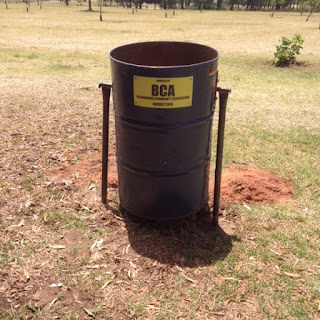 At the Enviro parking area:
Geoff asked if we could put a row of poles  below the container
to stop people parking on the bank 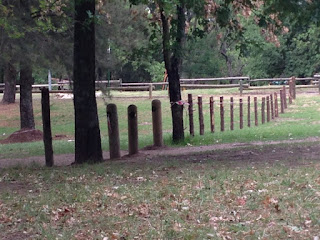 He also asked it we could put a row of poles from the curve in the
road to the centre across to the inside of Leighton Drive.
We have put a chain across until the gate is made.

We started the year with a couple of repairs 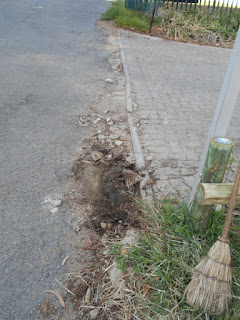 The concrete edging at Road No 3 had crumbled away 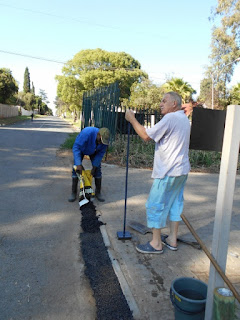 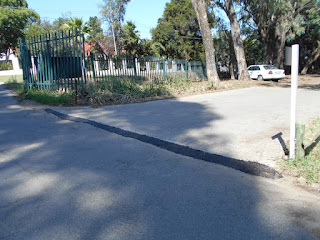 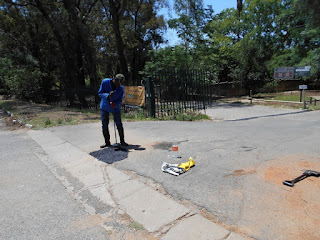 Shepherd repairing the pothole in the road - same entrance

BEST WISHES FOR A HAPPY, HEALTHY AND PEACEFUL 2016