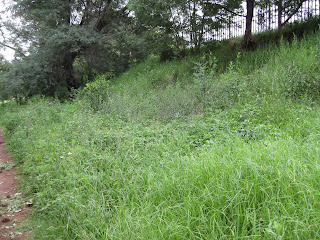 Though decreasing, the blackjacks still needed cutting down. 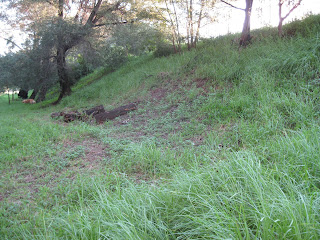 All clear again -- at least for a few months. 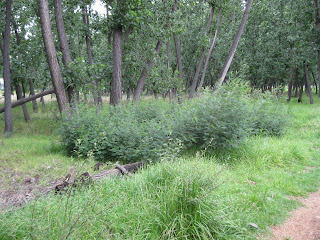 This little grove of black wattle was pulled out -- roots and all!

Repairing the damage done during the concert 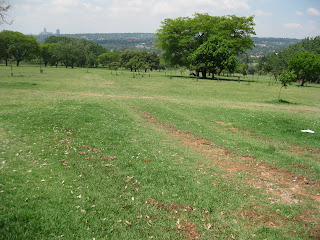 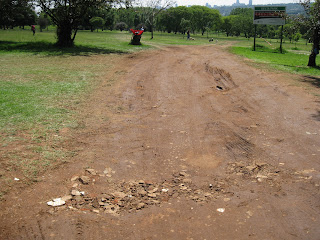 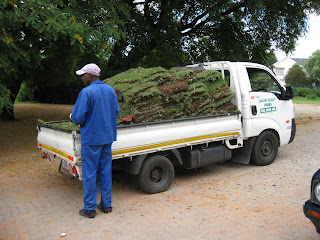 The 80 square meters of grass arrived 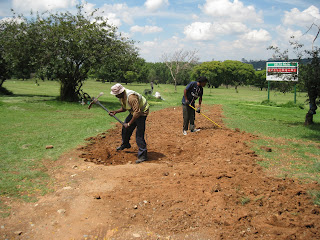 After digging the area over- 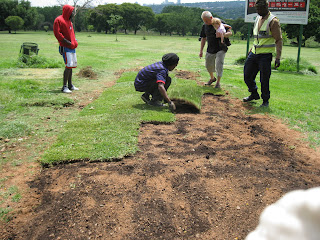 the laying of the grass began. 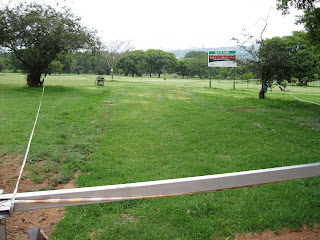 We put tape around so no one would walk on the new grass
and two weeks later -- all finished!


The lane and Top Dam

On New Year's Eve we had two jobs to do : 1) In the lane -- make the channel bigger and  put a bigger pipe in, as the smaller pipes couldn't take the flow of water 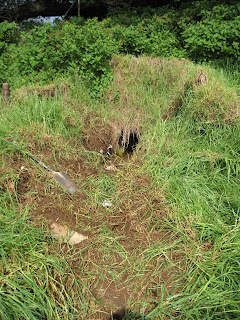 We started by clearing the outlet pipe of grass 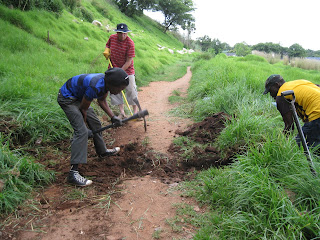 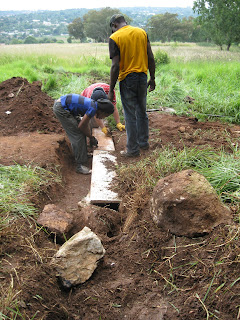 and put a bigger pipe in, 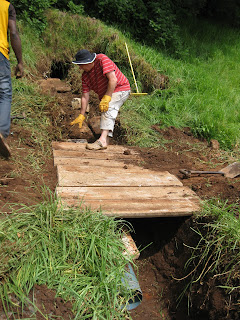 The walling was placed on top of supports 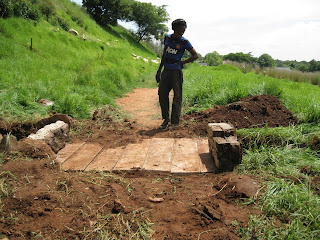 Pieces of brick walling were put at either side 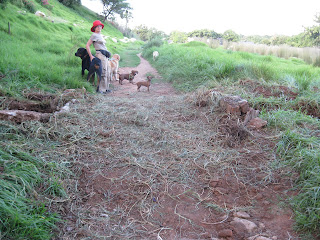 Lots of soil and grass was put on top. 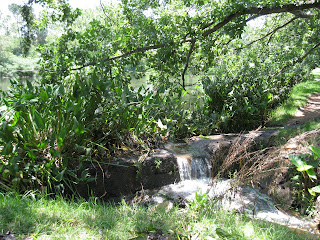 That was finished by lunchtime -- so off to top dam.
The plant with blue flowers -- not hyacinth, was blocking the outflow at the wall 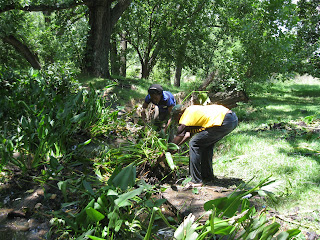 The guys hauling chunks of it out.
It was surprisingly easy to remove 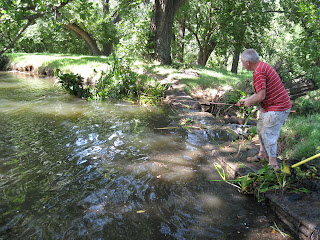 This little bit was rooted and needed Peter's persuasion to move. 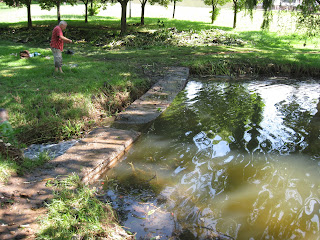 All gone and the water could run freely. 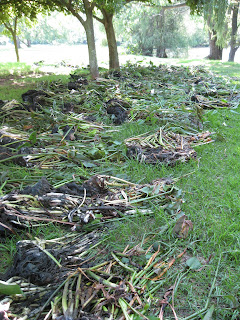 I wondered what this weighed -- a ton?


We finished eight hours before 2013!